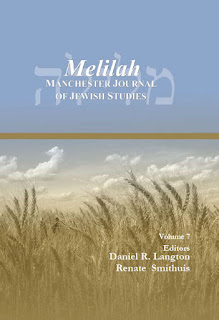 Anglo-Jewish reactions to late 19th and early 20th century Catholic discourses about Jews have received little attention. This article partially fills this gap through an examination of Anglo-Jewish newspapers from 1890 to 1925, a timeframe which includes the Dreyfus Affair, the Hilsner blood libel and the ratification of the British Mandate in Palestine. Three different newspaper editorships have been examined, the Jewish Chronicle edited by Asher Myers, the Jewish Chronicle and Jewish World under the control of Leopold Greenberg, and the Jewish Guardian as the paper of the League of British Jews. It is this article’s contention that a more aggressive reaction to Catholic hostility is notable in the Jewish Chronicle and Jewish World when they were controlled by Leopold Greenberg, a political Zionist, than the Jewish Chronicle under Asher Myers or the Jewish Guardian. The Jewish Guardian was unconcerned about Catholic hostility to Zionism though it was occasionally alarmed by generalised anti-Jewish threads that were woven into it. It was also critical of English Catholic writers who argued that Jews could never be proper Englishmen, but whereas Greenberg relished the opportunity to “hit back” on his own, the Jewish Guardian preferred if possible to allow Christians to defend Jews.

2. Z. Yaakov Wise, The Establishment of Ultra-Orthodoxy in Manchester

This paper examines the social, political and cultural milieu in which the Machzikei Hadass (Upholders of the Faith), the principal ultra-orthodox community in Greater Manchester was founded in the mid 1920s. Like its counterparts in late nineteenth century Eastern Europe, MH (as it is always known) was a reaction to a perceived slide from strict, ‘Torah true’ orthodoxy. In this case what they saw as a hybrid of modern orthodoxy and worse; genteel Anglo-Jewish compromise. The hard core of MH founders were hassidim of the Rebbes of Belz, Galicia and mostly related both by geographic origin and by kinship. This tightly knit group of (to quote Prime Minister Harold Wilson) ‘politically motivated men,’ waged a thirty years war against the Manchester Jewish establishment and emerged triumphant. Their descendents now represent over one quarter of all the Jews in Greater Manchester and will form a majority by the middle of the present century.

This paper considers some of the similarities and differences in the contemporary encounter between Jews, Christians and Muslims. Despite the potential symbiosis, there are barriers to a trialogue with the three monotheistic religions and the author reflects on the impact of the Israeli-Palestinian conflict and the sometimes harmful influence of collective memories: for example, Jews think of Christianity in terms of suffering and persecution; while Muslims have not forgotten the Crusades, and see in Western aspirations an old crusader mentality in a new guise. Commemorations of past events help preserve a sense of historical continuity and identity but a preoccupation (some might call obsession) with the past may be damaging if it results in a negative identity and self-understanding, especially if it becomes the only or primary lens through which reality and the changing world is viewed. One way to disarm an obsession with the past is to adopt a critical approach to it in order not to be become victims of an ideological ‘vindication’ of the past that is nostalgic, dogmatic, and sometimes irrational. If the past is approached critically, it can reveal new interpretations and understandings of the world that can be liberating and constructive.

4. Hyam Maccoby, Some Problems in the Rabbinic Use of the Qal va-Chomer Argument

The qal va-chomer (a fortiori) argument is a logic of analogy, not of classes or sets (the subject-matter of Aristotelian logic), and this makes it suitable for legal, rather than scientific, argument. What makes it an exact reasoning is a special rule (unknown to Greek rhetorical use of a fortiori), namely the rule of dayyo, which lays down that the conclusion must not contain anything that was not present in the premises. For example: If a moderately good child deserves one sweet, a very good child all the more so deserves one sweet (correct); deserves two sweets (incorrect). Nevertheless, a qal va-chomer argument is not as unchallengeable as a syllogism, and the rabbis recognised various grounds of challengeablity. Especially interesting in this respect is the disagreement between the Sages and Rabbi Tarfon in Mishnah Bava Qamma 2:5. Is the qal va-chomer argument entirely logical, or does it contain an aspect of intuition? Can an argument be challengeable, yet rational? Is challengeability indeed a positive advantage in the search for rationality? This paper takes into account the view of the dayyo principle expressed in the Talmudic (Amoraic) discussion of b. Bava Qamma 25a, which makes it appear an arbitrary rule, rather than a principle of reasoning. This view is characterized as a falling-away from the more rational standpoint of the Mishnah. Also discussed is the relatively relaxed application of the rule of dayyo in aggadic discourse. An apparently flagrant breach of the rule in Mishnah Makkot 3:15 , going far beyond the leniency of even aggadic discourse, is argued to be due to a mistranslation.

Until recently, Israeli literary scholars have dismissed fantasy as insignificant for ideological and political reasons. Yet there has been a long tradition of fantasy in Jewish literature. Now, thanks to the Bulgarian philosopher Tzvetan Todorov’s precise conceptualisation of fantasy as a distinct literary genre, we are able to define works of the Fantastic with greater clarity. The Hebrew writer who most immediately comes to mind with respect to fantasy is S. Y. Agnon, whose works are replete with ghosts, magic, strange creatures and events. In this article I examine two stories by one of his younger contemporaries, the Israeli author Yitzhak Oren from the point of view of Todorov’s generic classification. I ask whether defining Oren’s stories according to Todorov’s generic system helps us to read them. I believe that applying Todorov’s categorisation to Oren’s fiction certainly determines the way we read it and that this has implications with regard to other Hebrew authors, Agnon in particular, and to the work of some younger Israeli experimental writers.